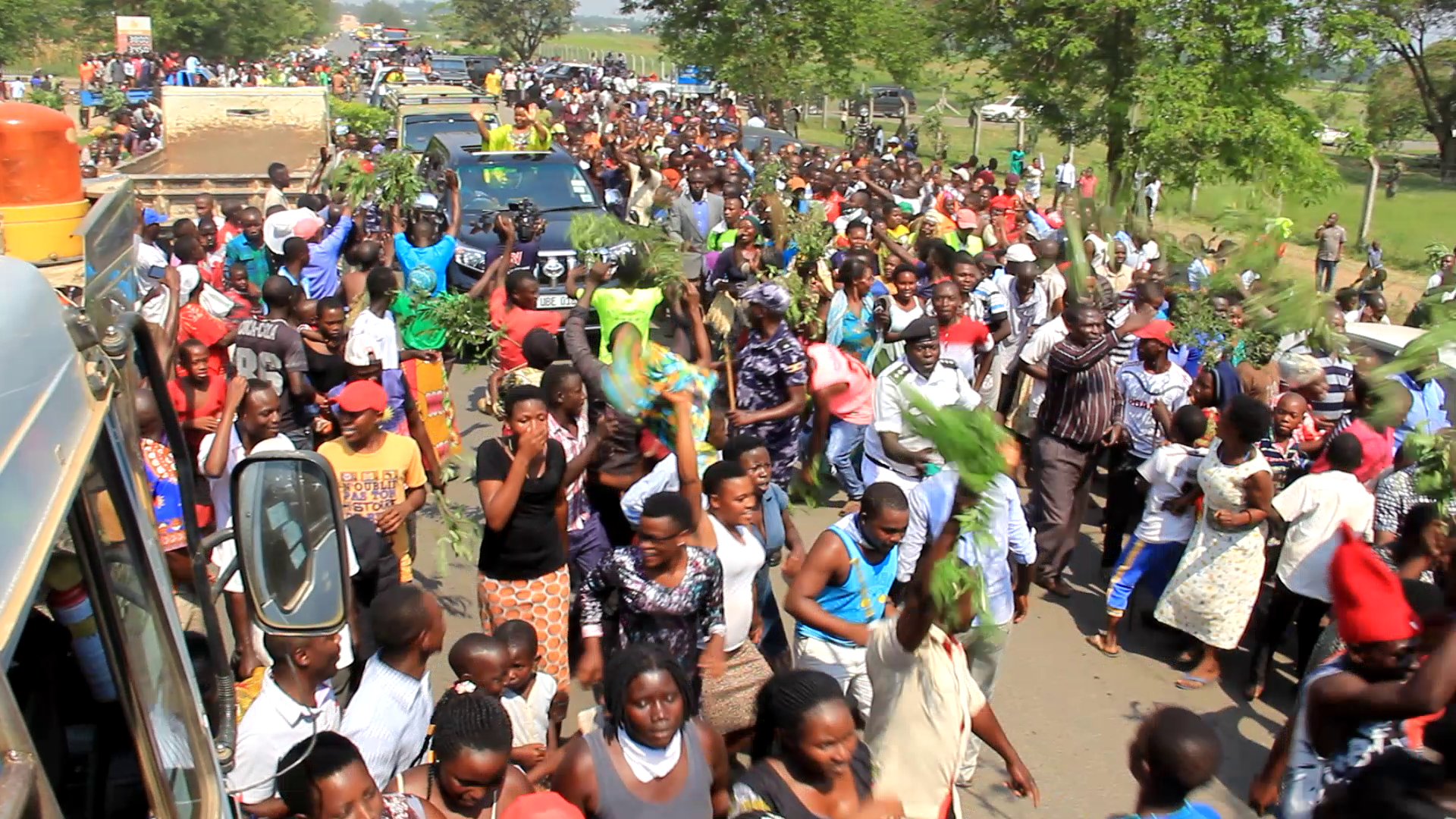 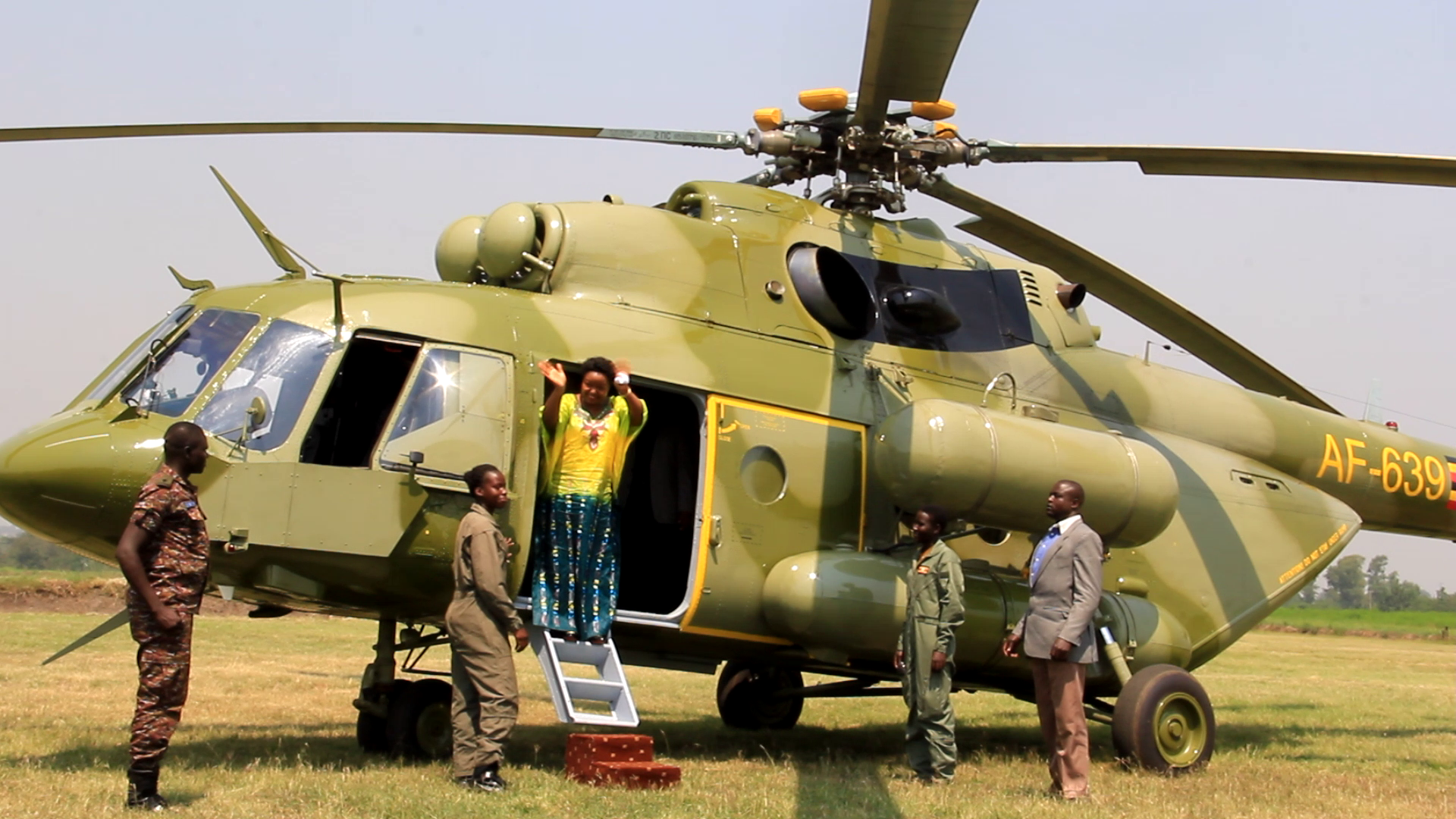 Three years after the Attack on Rwenzururu Kingdom, Her Royal Highness returns home to preach peace.

The long waited kingdom official arrived at Kasese Airfield at 1:00pm in a security jet and was welcomed by a mammoth of Rwenzururu subjects and well-wishers.

Delivering the message from His Majesty, her highness Ithungu Agnes Nyabagholhe was confident that the King has hope that one day he will return home to his kingdom, Rwenzururu Kingdom adding that he urged people to Remain Calm, Promote Peace And Stability In Rwenzori Region.

In 2016, government killed more than 100 and arrested scores including His Majesty Charles Wesley Mumbere Iremangma and charged them with close to 46 charges including terrorism and attempted murder among others.

The mayor Kasese Municipality Godfrey Kabyanga Baluke revealed that her royal highness is not under any restriction urging that she is coming to see the Rwenzururu subjects and assure them on the living conditions of the King.

“Now the process is on, you know that their negotiations and court cases going on but we trying to see how court cases are finalized” Kabyanga asserted.

Kabyanga adds that the visit of her royal highness is to urge the public to embrace peace and reconciliation, join government in mobilization for household income and preparing for the long transmission till the King comes back.

The prime ministerial commission chairperson, Mbayahi Gadi stressed that the visit of her royal highness was signifying improved relationship with central government as well as improved process of peace and reconciliation.

Mbayahi describes the visit as a hope giving that Omusinga Charles Wesley Mumbere Irema ngoma will at one time be out of incarceration.

“If this step becomes a success I believe that soon government will be in cooperation with us and have all those in prison out” Mbayahi said.

The Kasese Resident District Commissioner Lt. Col. Joe Walusimbi welcomed her highness in dignity and said that he strongly believes that the wife understands the husband than anyone.

“It’s the King’s message through the queen sending her to bring this message to the community is not a mistake. As we try to see better ways of handling it and the King to come back, I think these are the things we are doing first not everything will be solved in court.” Lt. Col. Walusimbi disclosed.

Norah Ithungu who had waited since 10:00Am said her coming to Kasese district and the entire region will bring reconciliation and harmony among many tribes in the region.

Kambale Ferigo the NRM supporter also said Queens coming is a gesture to success in terms of rebuilding peace among the people.

Prince William Sibibuka Kyabanzanga, was optimistic to reveal his joy saying everybody is extremely happy adding that he thank almighty God for what has happened which he called a dream come true.

“it is just like a dream to see the Queen coming back to meet her people in the Kingdom. I think is this the beginning now of the struggle and I thank the government under the leadership of president Yoweri Museveni and I think there is hope that one day the Kingdom will restored again” Prince William asserted.

Mumbere has been under arrest since 27th November when he was airlifted from Kasese to Nalufenya in Jinja district, following a raid on his palace during which over 100 people, mostly royal guards, were killed. Following the raid on the palace, over 200 royal guards were arrested and detained.

Close to 10 royal guards have since died in cells. End